Our hours vary based on season. Please see the calendar on our website.
Our Hours

Papio Fun Park opened August 1990 with a set of 5 batting cages. In 1991, we added the 6th cage an the miniature golf coarse. After many plans presented to the city planning committee, we were approved to add a go-kart track in 1992. Until 1996, we operated out of a small trailer since construction was prohibited due to the flood plain designation. Once the dyke was completed in 1996, we were allowed to start construction on our current arcade building. We then expanded to a year-round facility.

We host numerous groups and now attract guests from the greater midwest area thanks to a lot of internet advertising and a strong website presence. 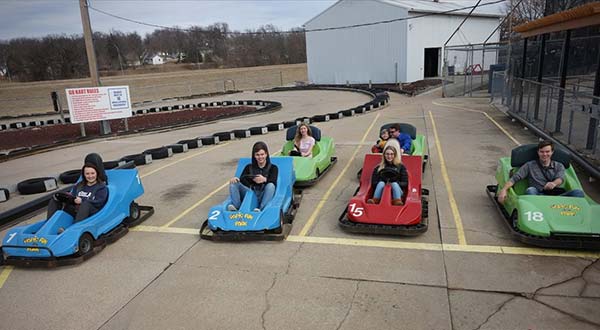 Back to Main Directory

The PHDBA membership provides resources and solutions to help you and your Business grow. Connect, promote, and collaborate with other downtown businesses. Become a member today!